A word from our Chairman

On behalf of the Trustees of Jamiat-Ul-Muslemeen Quwat ul Islam Masjid (QIM) I am delighted to welcome you to our website. We want to use these pages to provide you with regular updated information but also to give you an insight of the role and activities of Our Masjid which is not only a place of Worship but a vibrant community.

It is through the Gracious Mercy of Allah that we are able to provide the few humble services for the community. We worship Allah, the Almighty, follow His book, the Quran, and the guidance of Prophet Mohammad (PBUH). Our conviction is driven by an orthodox approach to Islam and is expressed through our services and programs. We offer spiritual development and youth empowerment programs that are inspiring. We built an environment that encourages modesty, creativity and community cohesion. We are responsive and forward thinking. 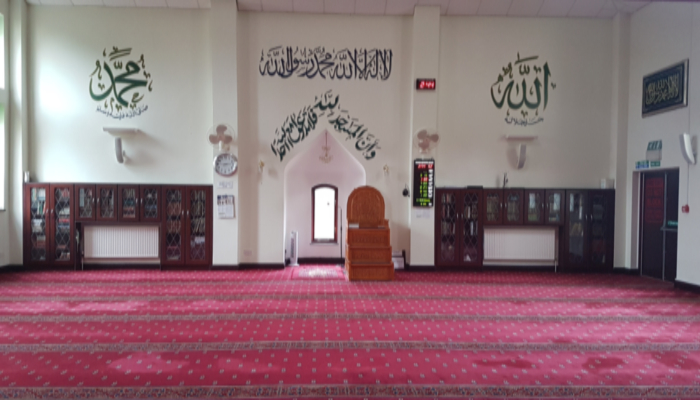 7 Tips To Overcome Anxiety and Worry

Journeying through storms While in a small boat in the middle of ...

Hadith Of The Week

Allah Taála declares, “There certainly is an example in Allah’s Messenger for he who fears Allah and the last day and remembers Allah abundantly.” (Surah Al-Ahzab, verse:21)

Rasulullah Sallallahu álaihi wasallam said: “He who holds firm to my sunnah when corruption is rampant in my Ummah will attain the reward of a hundred martyrs.” (Al-Bayhaqi)

Sayyiduna Anas radhiallahu ánhu reports that Rasulullah Sallallahu álaihi wasallam affectionately advised him: “Whoever cherishes my Sunnah, indeed cherishes me and whoever loves me will be with me in Jannah.” (Sunan Tirmizhi)

The above and other such verses and Ahadith are frequently heard and recited during the month of Rabi’ul-Awwal, the month in which the birth and demise of Rasulullah Sallallahu álaihi wasallam occurred.

Huge gatherings are held, sentiments are elevated and hearts become soft upon hearing the details of these events. Resolutions of adhering to the Sunnah are made, and love for Rasulullah Sallallahu álaihi wasallam is increased.

As Muslims, we believe that every Sunnah of our beloved Prophet Sallallahu álaihi wasallam is filled with Noor (divine light) and blessing of Allah Ta’ala. Therefore, the illustrious Sahabah Radhiyallahum and Muhaddithun (Scholars of Hadith) took great pains in preserving the noble Ahadith and Sunnah of Rasulullah Sallallahu álaihi wasallam. Through their sacrifices Allah Ta’ala has facilitated a huge amount of literature in which the sacred hadith is preserved up to this day so that it can be adopted even by the Ummati (follower) of the 15th century of Islam.

One who discards the Sunnah is warned severely by Rasulullah Sallallahu álaihi wasallam with the words: “I curse him, Allah curses him and so does every Prophet of Allah.” (Mustadrak Hakim)

This clearly highlights the cause of most of the social mishaps prevalent in the Muslim community today.

How can the blessing and mercy of Allah be found in that home whose inhabitants abandon the Sunnah of Rasulullah Sallallahu álaihi wasallam?

There is no certainty as to how many more Rabi’ul-Awwals we will witness. Hence let not the procrastination of shaytan dominate us. Let’s make an effort and also seek the assistance of Allah sincerely for the strength to adopt every Sunnah of our beloved Master Sallallahu álaihi wasallam before it is too late.

Click on the "donate now" button and you can learn more into how you can donate your Sadaqah Naafilah and Lillah only.

Read More into how you can become a member at our masjid. Click the button below to sign up.

We will updtae all important announcements here.